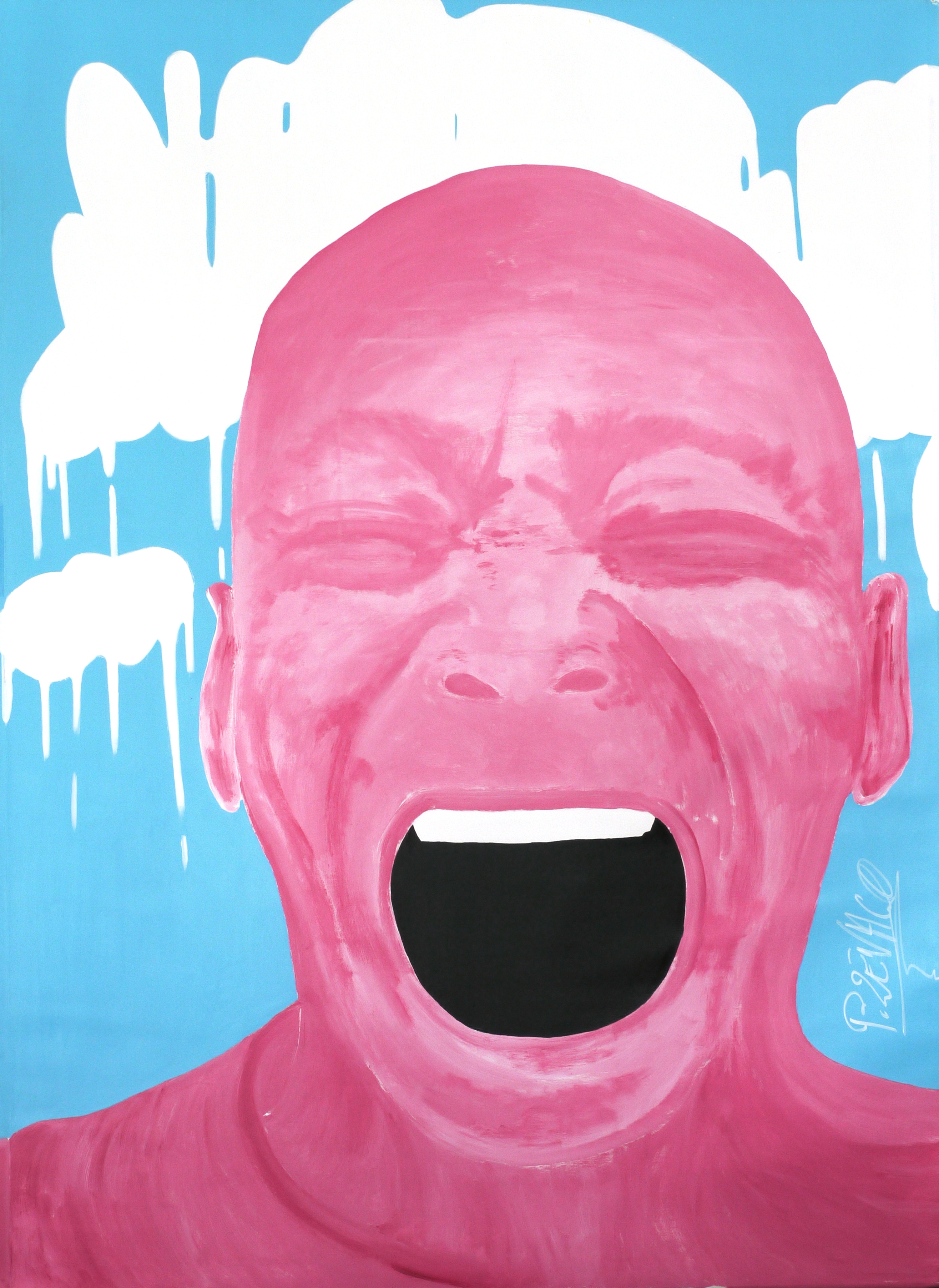 Along with seven siblings, Patrick Zévaco grew up in the South-West of France. As a child, he would often use his pencils and started to develop an interest in arts. The arrival of TV fed his imagination with cartoons and protagonists he soon considered his own heroes. His young years were spent wandering through his hometown and enriching his art with his acquaintances.

He started drawing and doing graffities in the nearby basement, thus introducing street art in his work. This interest for urban art grew and got sharper when Patrick discovered painter Basquiat and one can indeed notice a little influence in the artist’s work.

His curious mind took him to India, where he discovered a new source of inspiration. More than ever, his art became a way to express feelings and emotions when he discovered works painted with colorful emotions by Minjun and Pei-Ming, among others. His personnal journey gave birth to an art of anger and disruption that, paradoxically enough, seems to be the only way to find a long lost serenity.
Zévaco’s paintings are cathartic, for the artist himself, but also for his several audiences. Portraits, as ubiquitous as they are in his work, raise humans and their feeling to the status of fundamental questions. Through these living and realistic faces, one can detect the universal dimension that is the timelessness of emotions and feelings.

Patrick Zévaco will be at the Spectrum Miami’s show in december, from 02th to 06th, booth MECENAVIE!