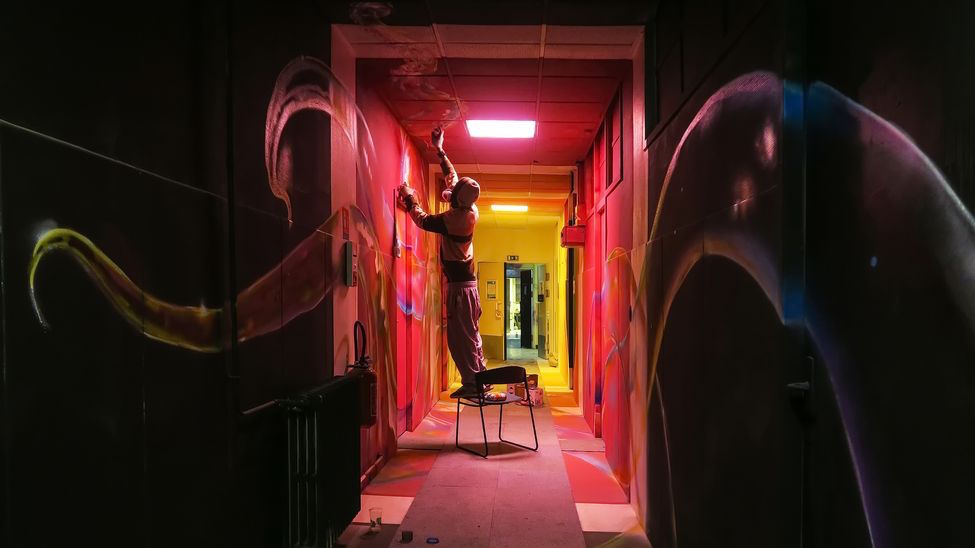 An happy marriage between La Poste and street art is taking place in the Montparnasse district of Paris. This building of La Poste hosts a residence of artists and exhibitions for two and a half months before being transformed into housing in March.

Under the name of LAB14, the place invites visitors since December. After being able to discover the artists in full creative work, they can now walk through the different rooms to see the result of these creations in situ. Thirty-four artists on 1,400 m2 in the heart of the Montparnasse district.

Temporary occupations of spaces have been popular in recent years. In 2013, Tower 13 hosted a hundred artists for an XXL exhibition (over 4,500 m2) before the destruction of the building. More recently, the Malakoff Reserve was home to Le Grand 8, Artana’s first urban art exhibition, which created the LAB14. Guided tour in Facebook Live and meeting with Hanna Ouaziz and Sébasten Lopau, initiators of the project, and two artists: Anis and Morne. Useful information :

Opening hours: Wednesday to Sunday from 1 pm to 8 pm;

Night on Thursday and Saturday until 10 pm Price: 2 €.