John Jairo MEJIA RAMIREZ is a painter born in Colombia in 1976. He is attracted by his youth drawing dice. John Jairo arrived in France in 1998 to learn the techniques of painting. He is influenced by the expressionist movement and painters like Gustav Klimt, Egon Schiele. It still retains its own style with a spontaneous touch of the brush. He treated subjects close to his heart by a serie of paintings forming an album like “The Hostages” he developed during 2008 and was the theme of the exhibition at the British consulate in Paris in November 2008. “the Hostages” wanted to express all the violence inflicted on the victims of kidnappings around the world and particularly in Colombia. The proposed theme for the presentation of the month of October 2009 was “Vientos y Fronteras” in the living room of the Porte de Versailles. 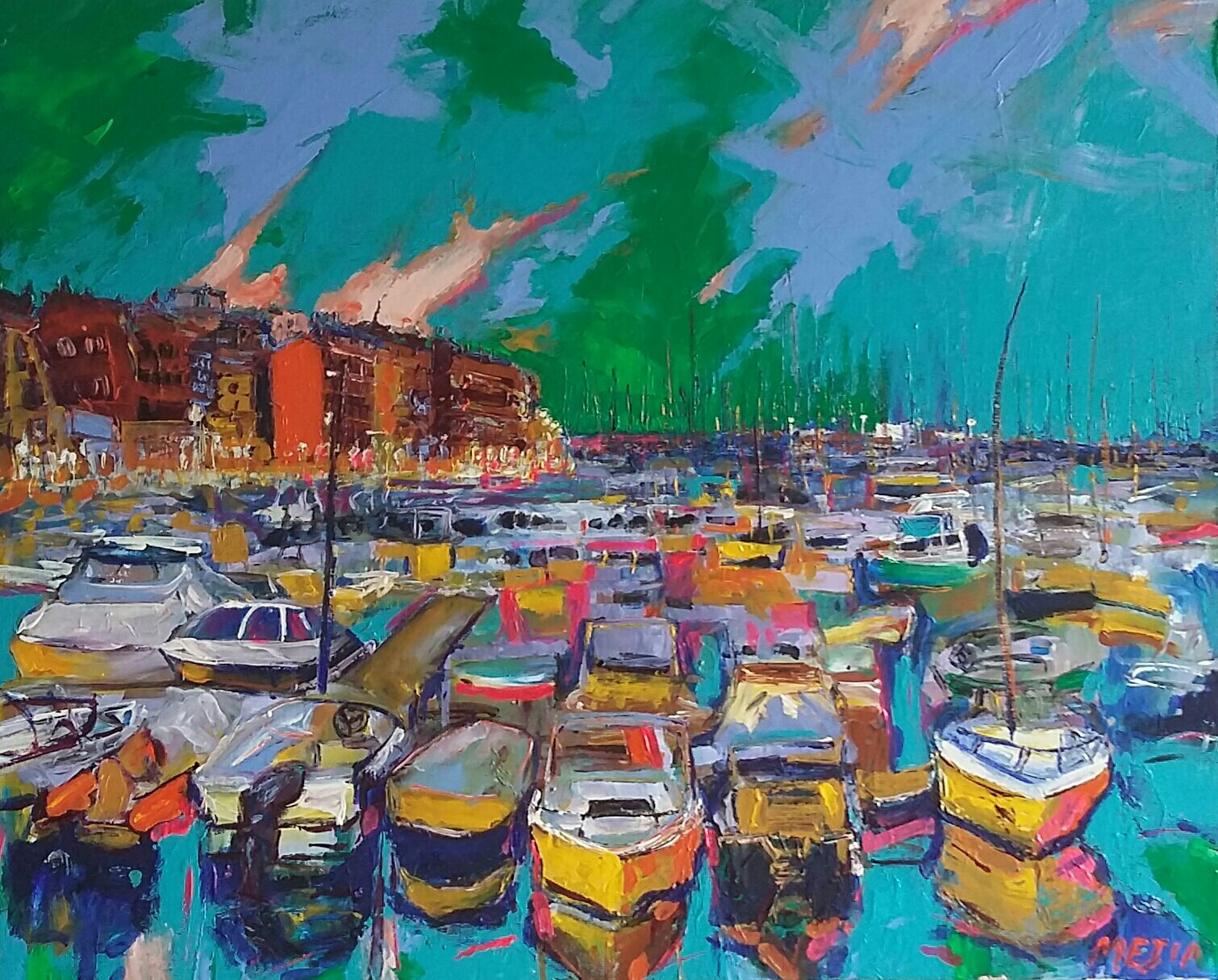 In 2012 it was the streets in the evening in Cannes and in particular the holidays places of Côte d’Azur rooted in the everyday, throughout the year, enabling it to express his vision of resorts outside festive periods through a collection called “prohibited without.” This year he decided to represent the beauty of the specifically French Riviera city of Nice in a collection called “French Riviera”. 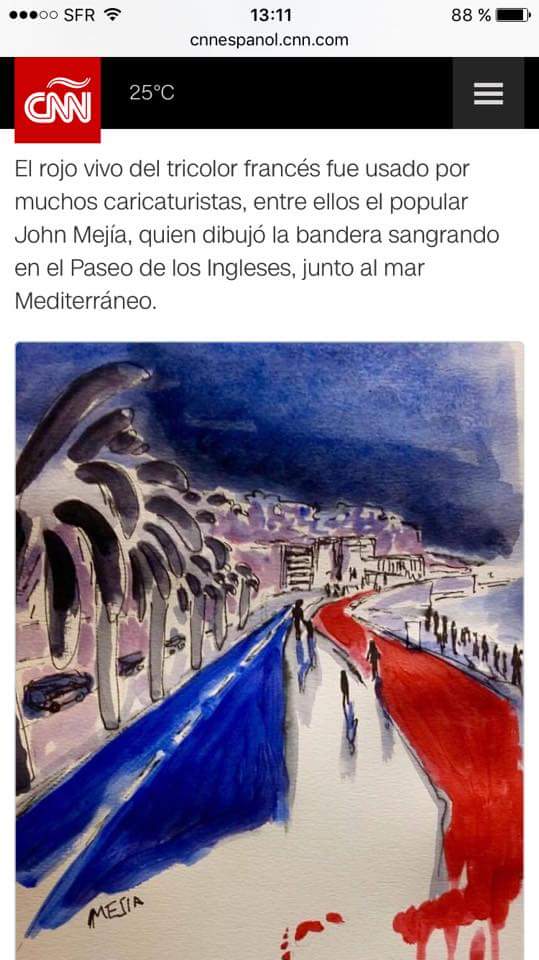 This artistic representation of Nice was made by the painter John Mejia, following the terrorist attack suffered by the city of Nice July 14, 2016.

In this day of National Day, the Promenade des Anglais adorned with the colors of the French flag is found tainted blood victims.

The author wanted to represent the suffering of these people from enjoying a happy moment and ended up frozen in one of the most tragic moments in the history of our country.  This work is a tribute to all the victims of this tragedy.