DAVID TWOSE : PAINTER OF THE CONTEMPLATION

David Twose, a Franco-British artist, can be considered as a painter of contemplation. He likes to look at his surroundings, from cities and landscapes to people. Since his early age, his eyes have been fed by his travels and but also by paintings from artists Poliakoff, Bonnard or Hockney.

But the one artist who changed everything was Matisse. Then aged 16, David Twose saw “The Danse” for the first time at the “L’Ermitage” museum and it was a revelation. He was deeply touched by the generosity and radicality of this painting; three colors that represents a sky, a floor and five moving bodies. David Twose saw in this painting a form of opening towards a new, beautiful and true world. The artist, who likes to observe and understand was then on a quest to make those complex imbrications of colors more visible. David Twose, the painter, was born.

David Twose, who observes deeply everything that is around him, is inspired by nature as by cities.

His artistic career started relatively late. He studied business and finance in France before graduating from a business school in Montreal. His first job was as in communication in a car company. In parallel to his studies, he learnt abstract painting with Jacques Vigot, and brought a more figurative approach to the “Grande Chaumiere” Academy. David Twose benefited greatly from these two different paths. Painting took a greater place in the artist’s life over the years and he decided to leave his firm when he was 41. 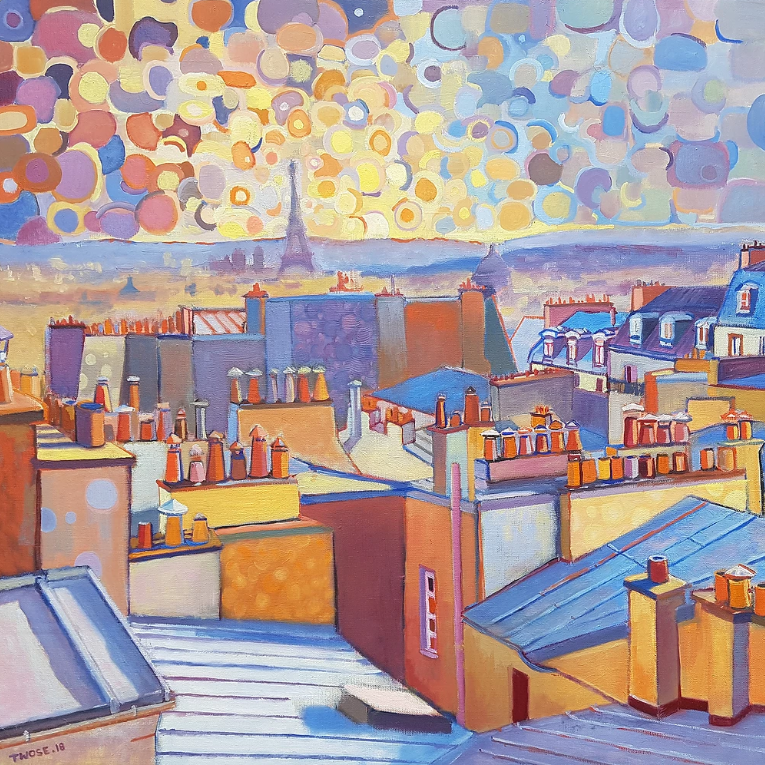 David Twose now lives from and for painting. His vision, between abstract and figuration, weigh in constructions and patterns from the real world in a view from Paris, a nude or a landscape. His more subjective art, inspired by the concept of memory and its shortcomings, is a form of re-activation of this first step: this is what he calls “Abstractivation”. David Twose’s sensible and colorful art stimulates the eye and our curiosity but is really trying to reach our heart.

David Twose will exhibit with Mecenavie at the Thuillier gallery, from August 31st to September 6th, with the public opening on September 1st from 6:30pm to 9pm. 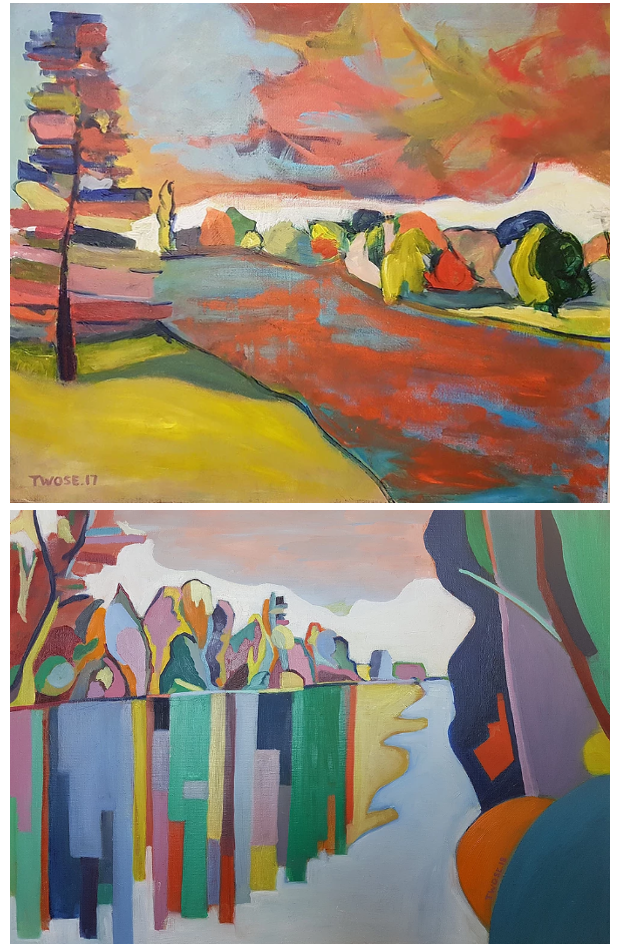 Abstractivation, a reappropriation of reality by the artist’s eyes.