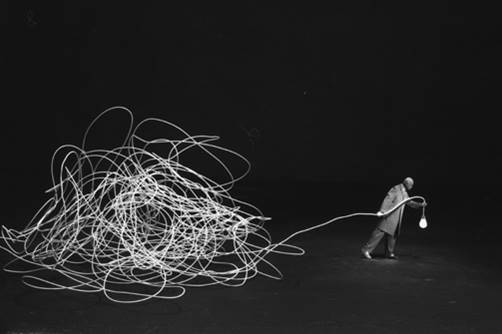 “A master of the peculiar, the uncertain, the absurd, Gilbert Garcin is both director and actor in sequences that build an absolutely singular, surrealistic universe. The photographer’s work plays with illusion, humor and philosophical questions.”

Gilbert Garcin was born in La Ciotat in 1929. The native of Provence acquired his taste for photography at the age of retirement. After training in Arles, he discovered the black and white photo montage. He then began to stage himself in different situations, typically in an unreal environment. His style is quite singular: his montages depict different situations, the goal of which is always derision, the folly of the human condition, and humor, sometimes reminiscent of Eugène Ionesco’s theater of the absurd. Mythology can be found throughout his photographs, which often provide a humorous portrayal of existential subjects (like love, death, life, solitude, self-image, and so on).

Learn more about the artist at: http://www.gilbert-garcin.com/