GRÉGOIRE DEVIN :THE CONQUEST OF USA

Gregoire Devin was born in 1978 in Nantes. He got involved in drawing very early at a time the streets of New-York started to get covered with graffiti and new counter cultures started to emerge all over the world. This cultural and artistic landscape, full of shapes and energetic colors, contributed to the artist’s creativity. As the years went by, the artist became more mature in its drawing, but always kept the spontaneity and mischievousness from its childhood. Paintings became his main support, and took the form of dense and dynamic compositions. 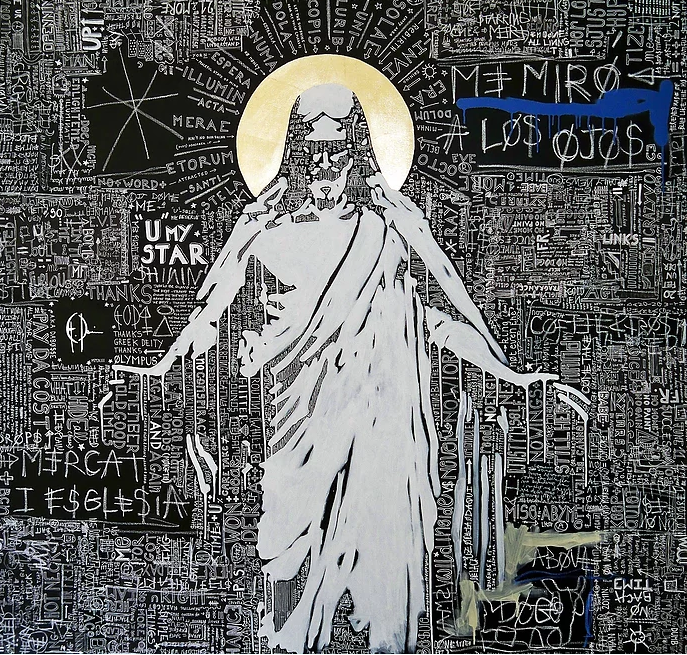 This dynamic form of painting became a poetic reflection of the artist’ numerous travels across the world largest megalopolises. The eye plunges into a bubbling of information, in pastel or glued on solid colors, as if the observer was lost in a city too big for him. The characters, tortured but also elegant, are projected just like us, and seem to be harassed by a mix of arrows, cars, symbols and sentences, either informative or interrogative. A complex network that takes some time to completely spell out as new ways are emerging each time a track is revealed. But the journey is in no way laborious.  On the contrary, it is an enriching introspection as the artist wants us to question the notion of individualism in an urban society. 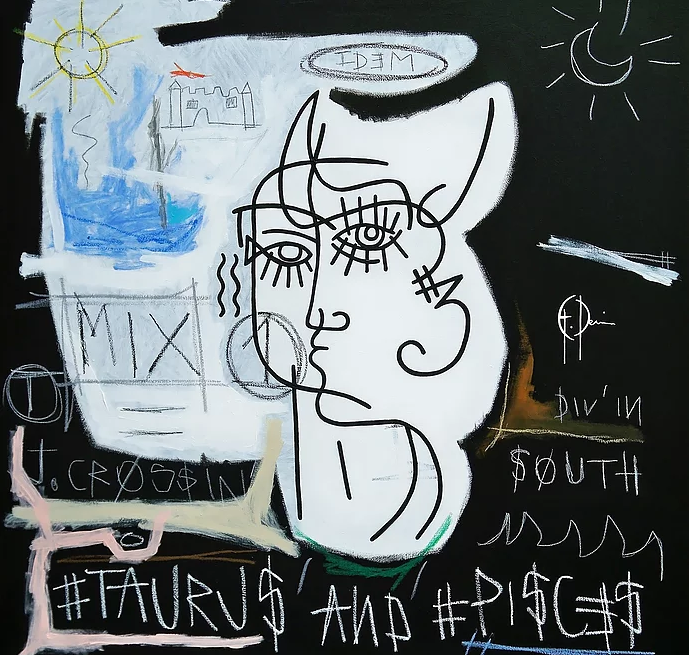 He also passes this message using volumes, with painted ceramic sculptures that represent characters whose faces bear the same graphic lines as the surface of his paintings. Some of their titles raise other topics, which are a continuation of the individual: relationship between men and women. “She drives me wild”, “The naked woman”, “Look at me”, etc.  Gregoire Devin will exhibit six of its outstanding and original sculptures with Mecenavie at ArtExpo New-York.  Another experience in a large urban city for the artist…and his artworks. 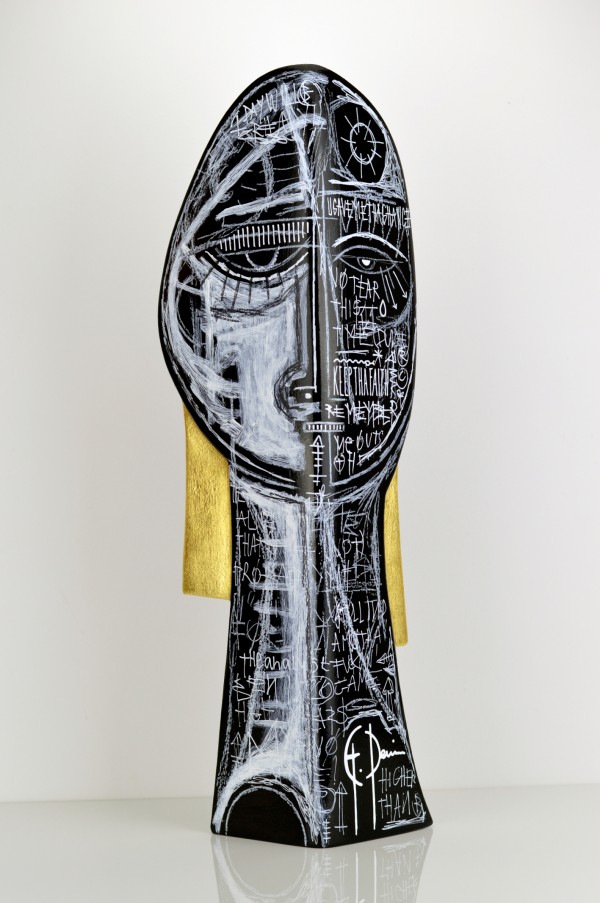