Gerard Garouse, 72, has been working since the 1980s on a beautiful and complex painting that continues to impress.  He masters the art of mixing beautiful colors with voluptuous forms, torturous and straight lines, using multiple textures. His art is complex as are his sources of inspiration: the study of the Torah, the Bible and many other great myths. As they are shaping our collective culture and unconscious, the painter immerges himself in these texts, interpreting them with as much faithfulness as freedom. Making this culture his own has been a way for Gerard Garouste to shield himself against a tumultuous life, from a difficult childhood to his multiple internments in psychiatric hospitals during his bipolar delusions. 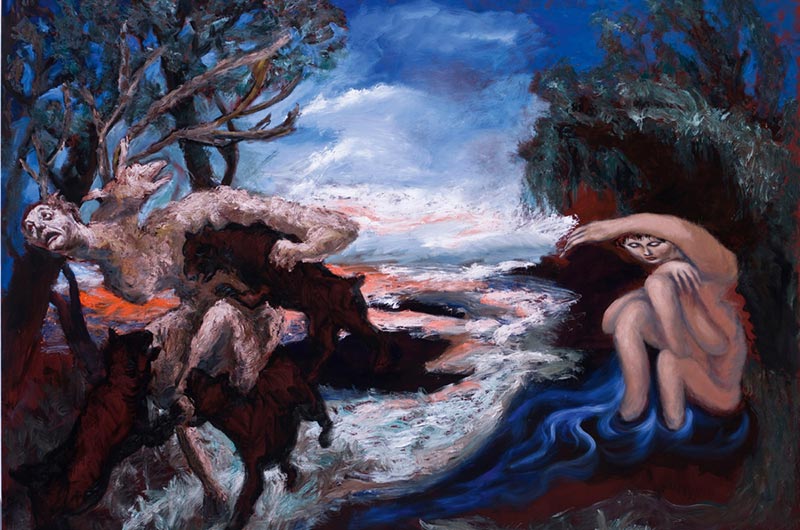 Each of these elements, from his knowledge to his insanity, have been participating in the artist creativity. It translated in an abundance of art works, both in terms of quantity and diversity, reflecting recurring and codified patterns and multiple references. His original creativity is currently housed in three simultaneous exhibitions. 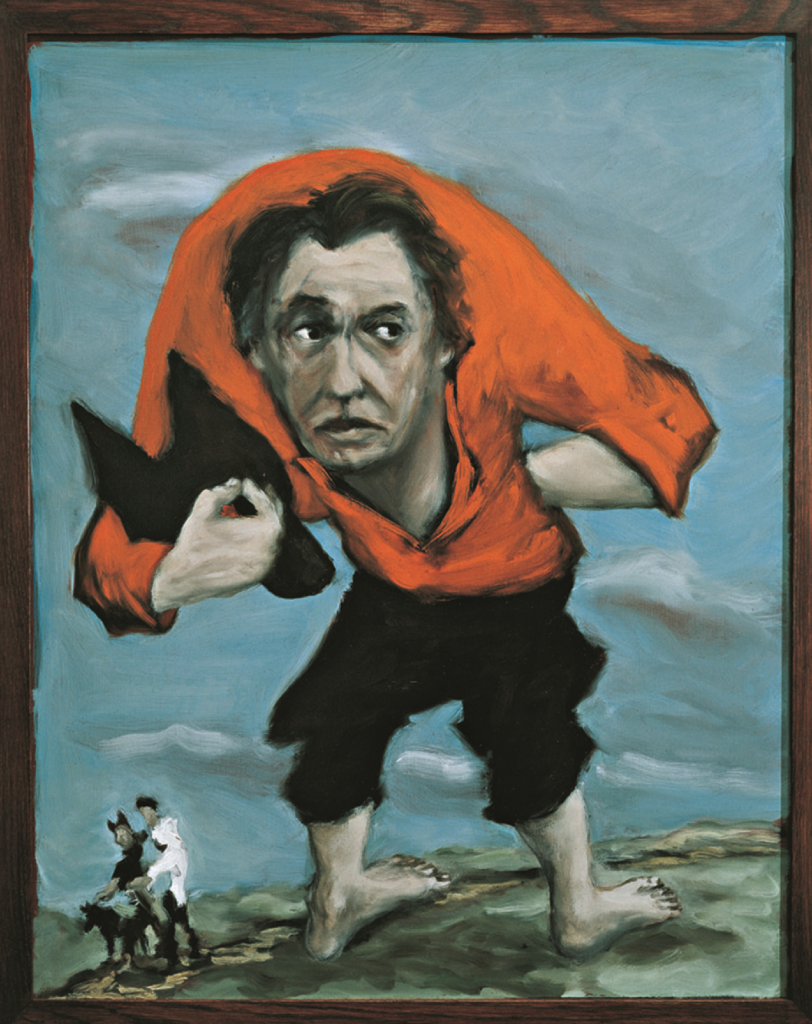 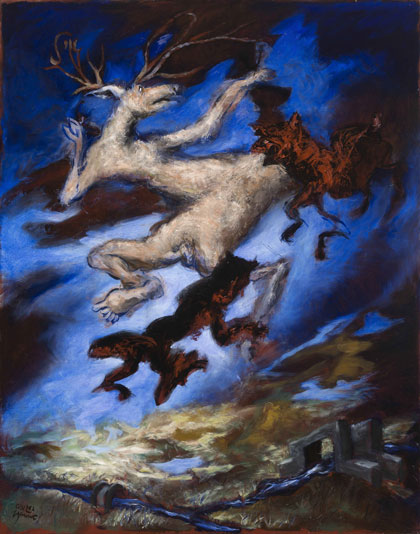 First, the Museum of Hunting and Nature, has invited the artist to treat the myth of Diane and Acteon. This is a sensual but also terrible myth of a hunter who was changed into a deer by a beautiful nymph on which he dared laying his eyes. He was then eaten by his own dogs…Terrifying, the allegory has been expressed through a dozen of dazzling paintings. Nearby, the Templon gallery exhibits about 30 artworks of various subjects, but all linked under the idea of the bridge and transmission. Gerard Garouste mixes his own life to the myth, nightmares to the present, and offers the visitor an enjoyable and interrogative game, between reality and delusion. Lastly, if one was to question the artist’s versatility, the Palais des Beaux-Arts invites us to see another side of the artists, oriented towards installations, and here again inspired by great texts such as Dante’s Divine Comedy.