The comic of Charles de Wit 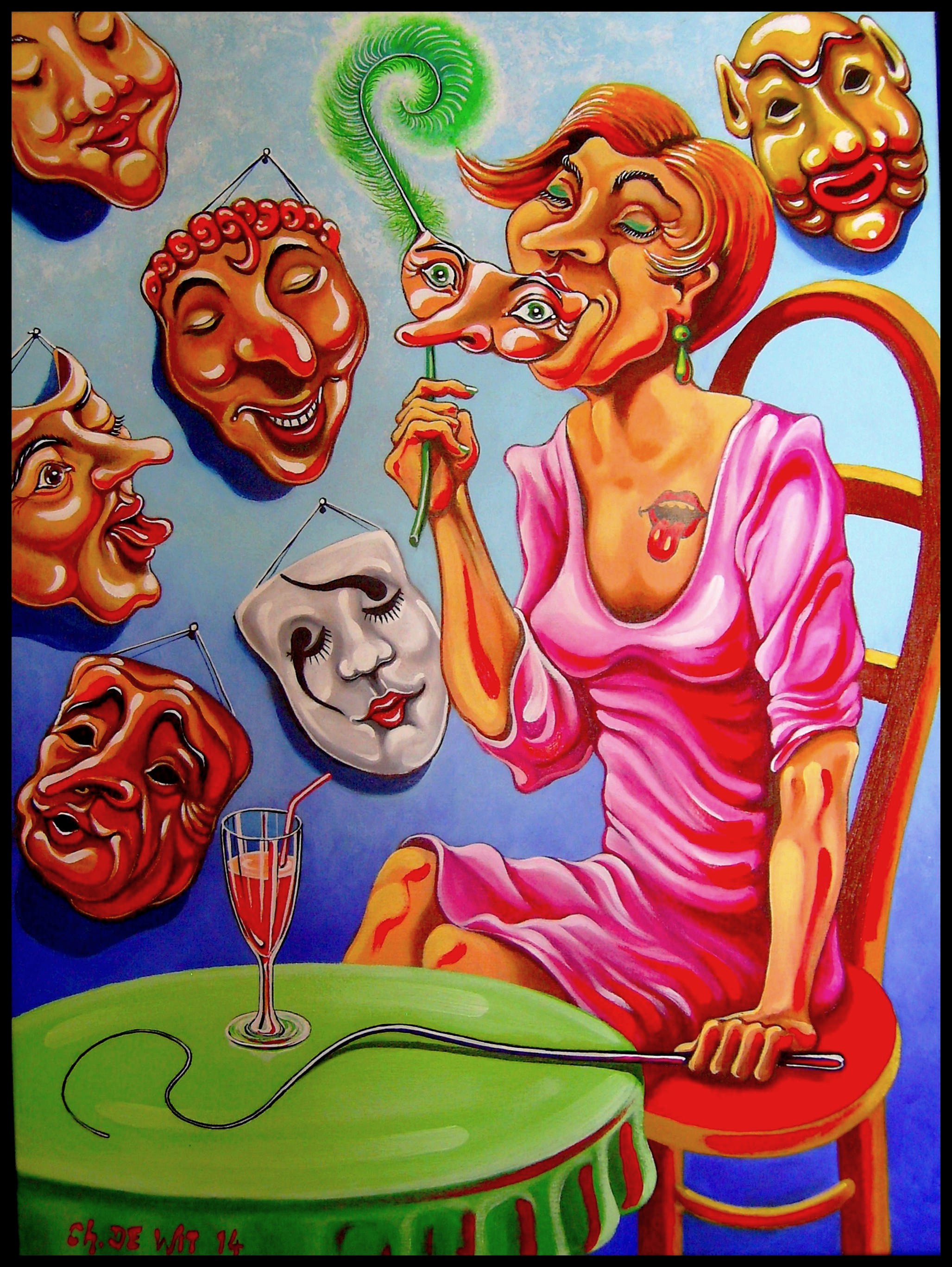 Initially influenced by René Magritte, the artist moves towards surrealism. It takes a different direction in the years ’85, approaching the new figuration. “His works depict grotesque, burlesque, deliberately deformed, unfinished while in motion. His brush strokes, precise and strong, do not fail to heighten curiosity, as the artist is full of imagination. After this period, for almost ten years, he tried to abstraction. “And these times of plots in tensions arise paintings. Fugues dominated the red (neither blood nor Coke or poppy or skirt), are animated movements, gross features of abyssal depths. Moreover, they are whirlpools, hurricanes ways that fail to contain the boundaries of tables: these are exteriorized. “(Alain Debaisieux)

He also made a series of Kimonos, painted on burlap, used for the costumes of Gilles of Binche. “(…) Kimonos ignite all orange, gray trolling skies, sparkling white feather hats … the brushstrokes are streamers, enhanced by a black background with a rear square shape recalls the obi; this wide and long silk sash tied pincushion. “(Mr. Pauwels)

1st prize at the poster competition for Carnival Anderlues 2011