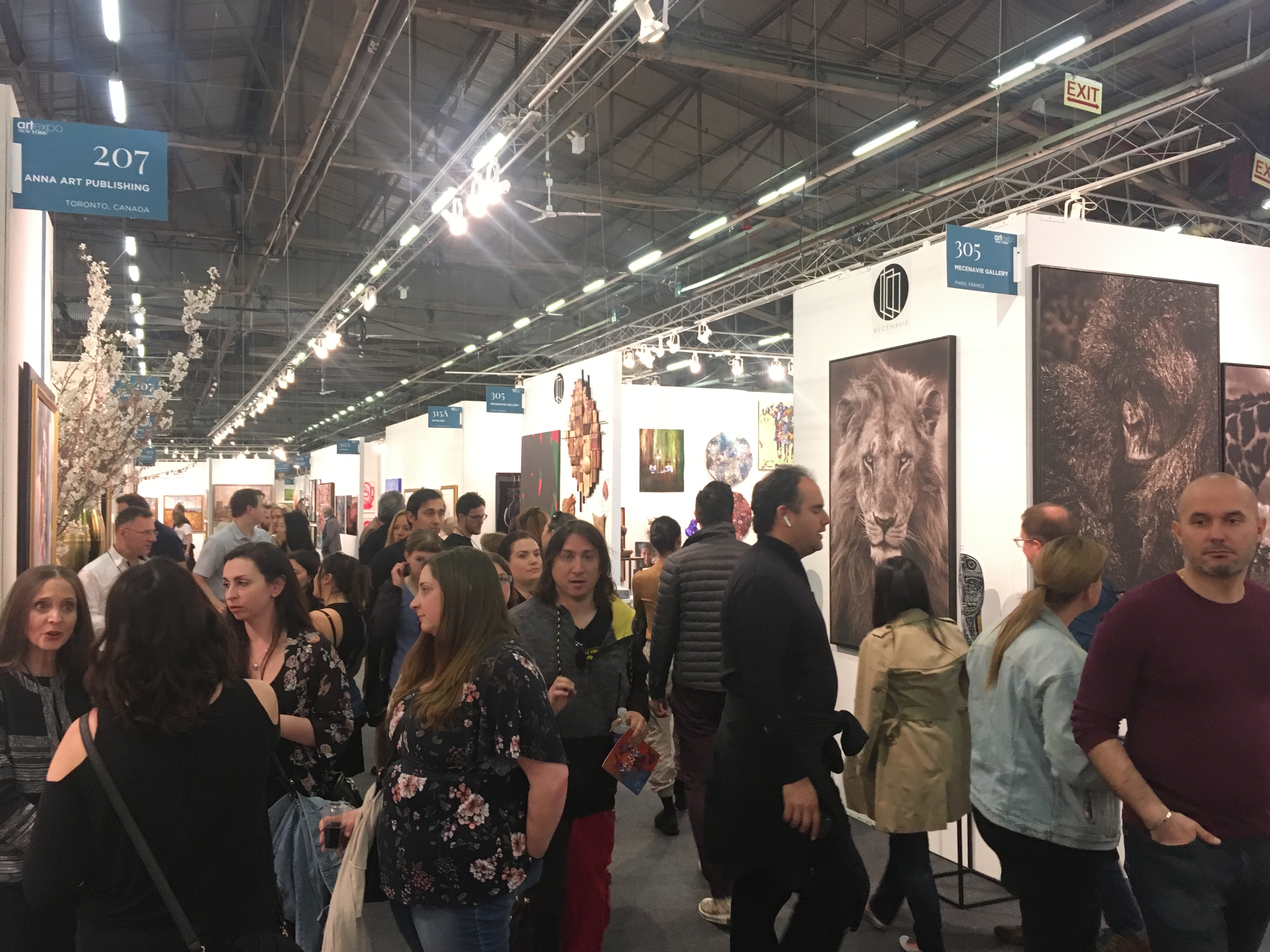 This lively and dynamic neighborhood is now home to a growing artistic scene. This was the perfect location for one of the largest most famous art fare in the United States.

The exhibition was split in four distinct areas (galleries, independent artists, sculptures and photography), which offered visitors a large and great variety of artwork. And with two separate openings, one dedicated to professional buyers and one for the public, these are ten to fifteen thousand enthusiastic visitors who flocked to the event over the weekend. 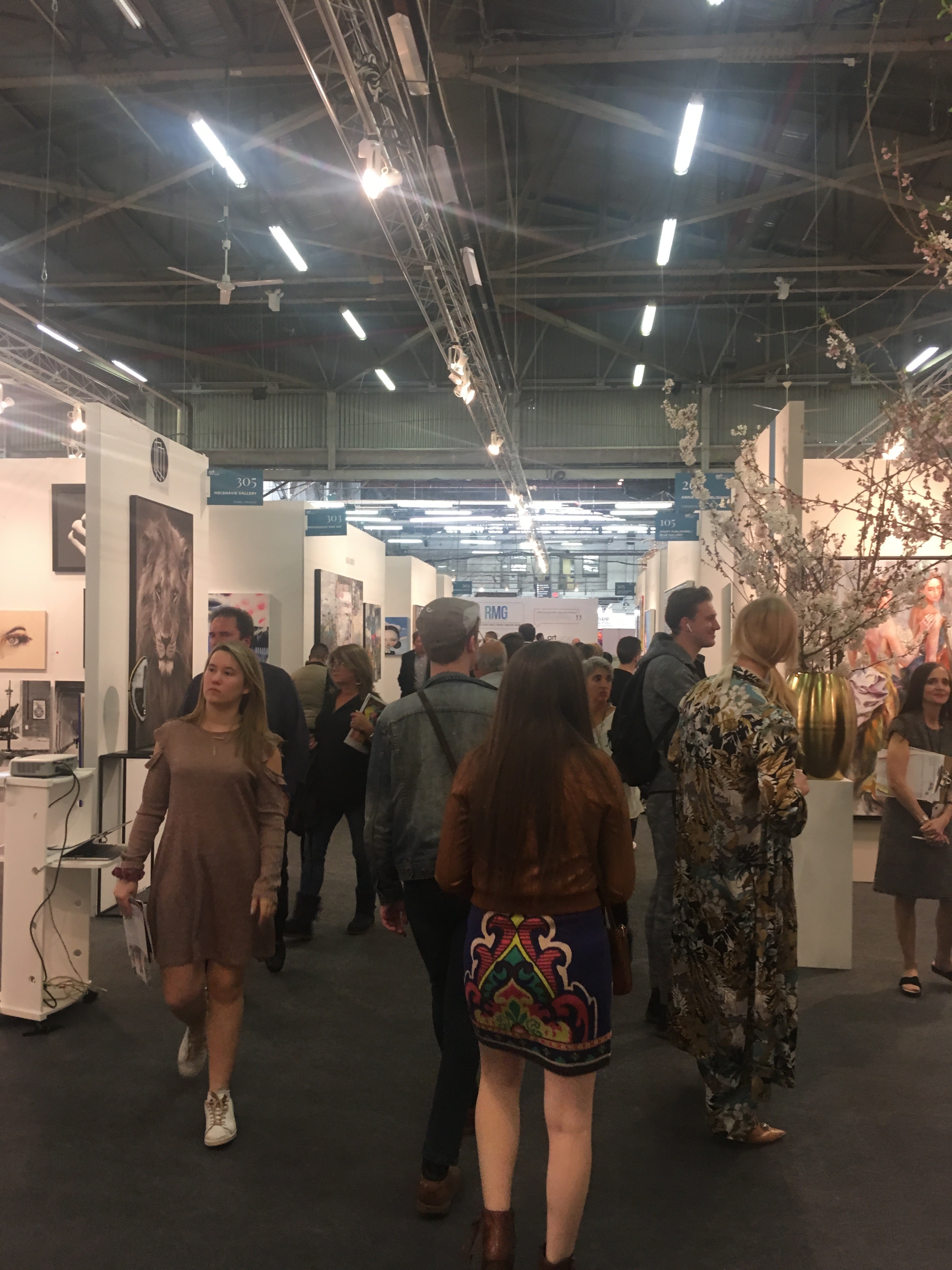 This contributed to create a warm atmosphere around an event staff always available and international exhibitors coming from Russia, China, Latin America, or Japan to name a few…And amongst French exhibitors, Mecenavie was there, once again with a prime location right in the center of the show! We had the great pleasure to meet many of the artists we exhibited around a convivial cocktail party. 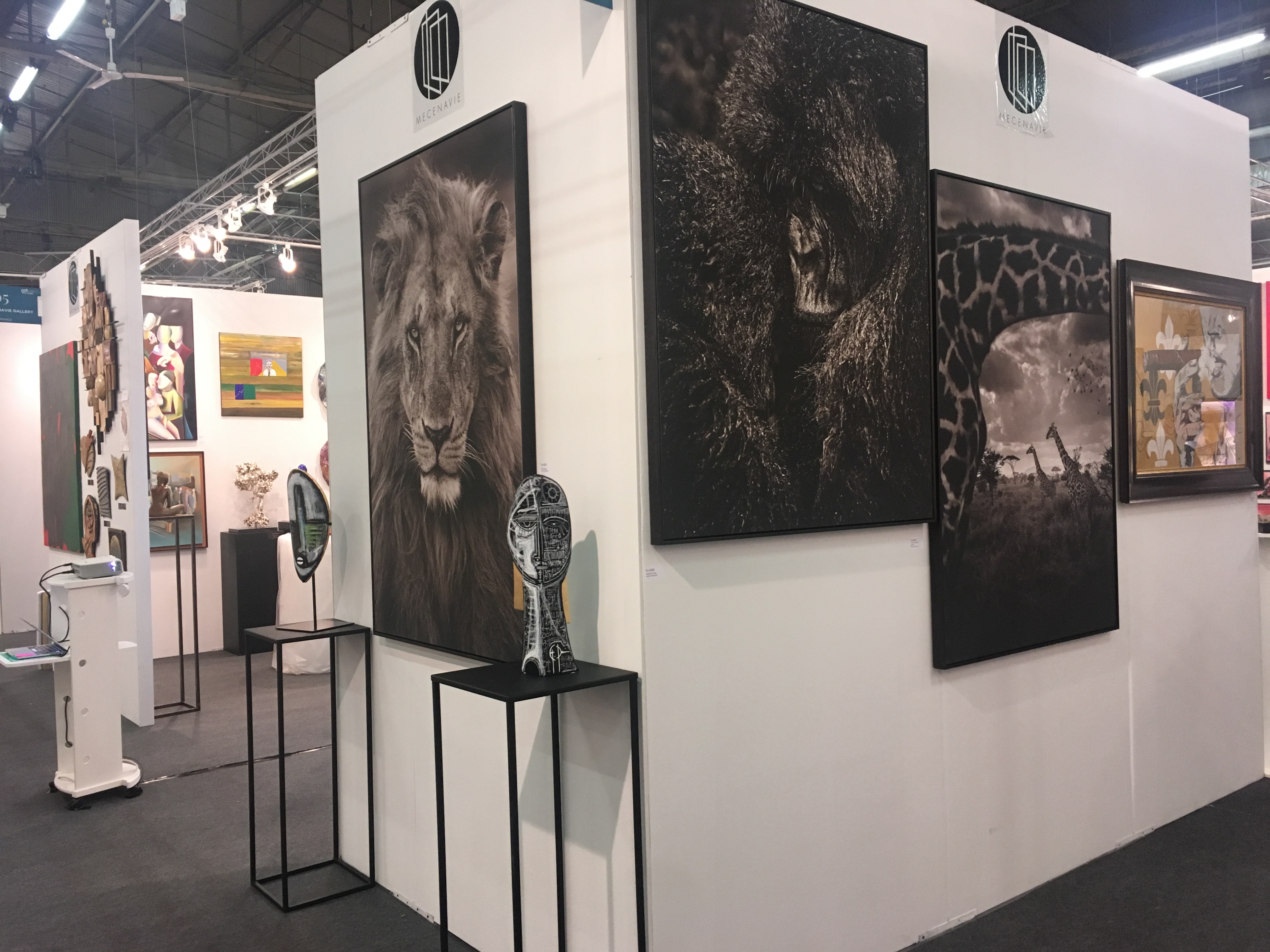 In four days, many contacts were established between artists and galleries around future exhibition projects. We were also very proud to sell many artworks and take specific orders from buyers which were particularly interested by certain artist’s universe. Last but not least, we had the great honor to receive the “ArtExpo New York Director’s award” with a special mention to scenography and exhibited artists. 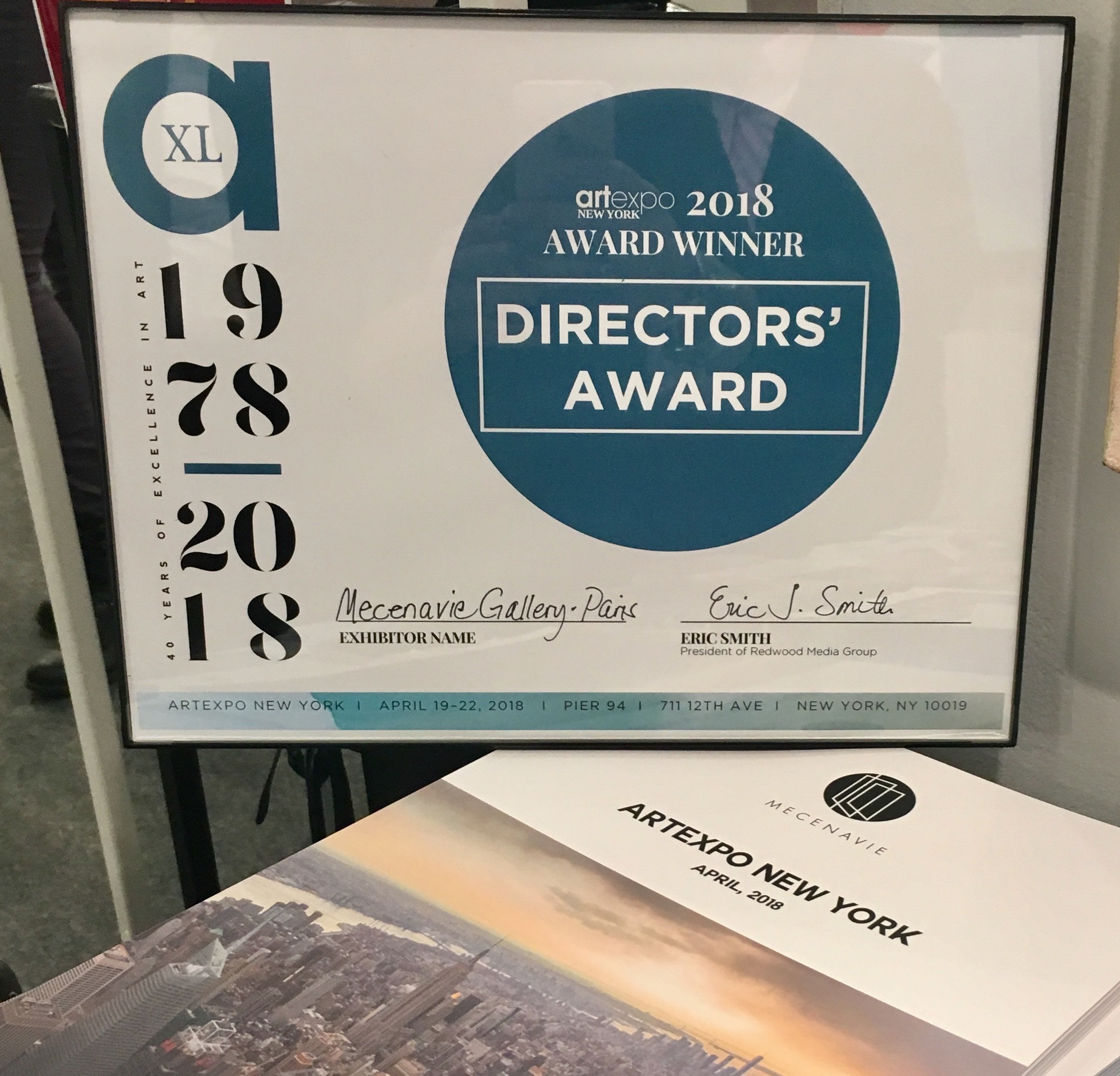