Eric Hubbes is a young Franco-German artist who leaves and works in Cologne and who has been exhibiting his unique artwork in Europe and Asia since 2017. His colorful but tormented style, between control and improvisation, is the result of a lengthy process that goes back to his childhood.

As early as age two, Eric Hubbes started to show interest and a natural talent for drawing…which soon led to its first painting on canvas when he was only ten. He nurtured his talent until college where he complemented it by learning graphic creation techniques. This was a key period for the artist who started to skip lessons, realizing that he preferred his autonomy to his own studio.

This quest for freedom defines the artist’s style; and now that he masters the techniques, he can play with it. The artist will embark in a spontaneous and frenetic creation of artwork, sometimes following a clear path, sometimes purely improvised, but always inspired by its own life experience, memories and thoughts. Eric Hubbes likes to quote Pablo Picasso, as like him, he would never start a painting if he already knew what it would look like at the end.

For the artist, it is always a question of inner life. Multiple shapes and layers of colors are blended in an organized chaos to give life to a face or an animal, often times uniformized by the recurring use of spiraled shell.

Influenced by the artist’s mood, every artwork takes part in a heterogenous universe. Mecenavie will exhibit some of the artist’s unique work during ArtExpo New York from April 4th to 7th  and at Art Shopping Deauville from April 20th to 22nd. 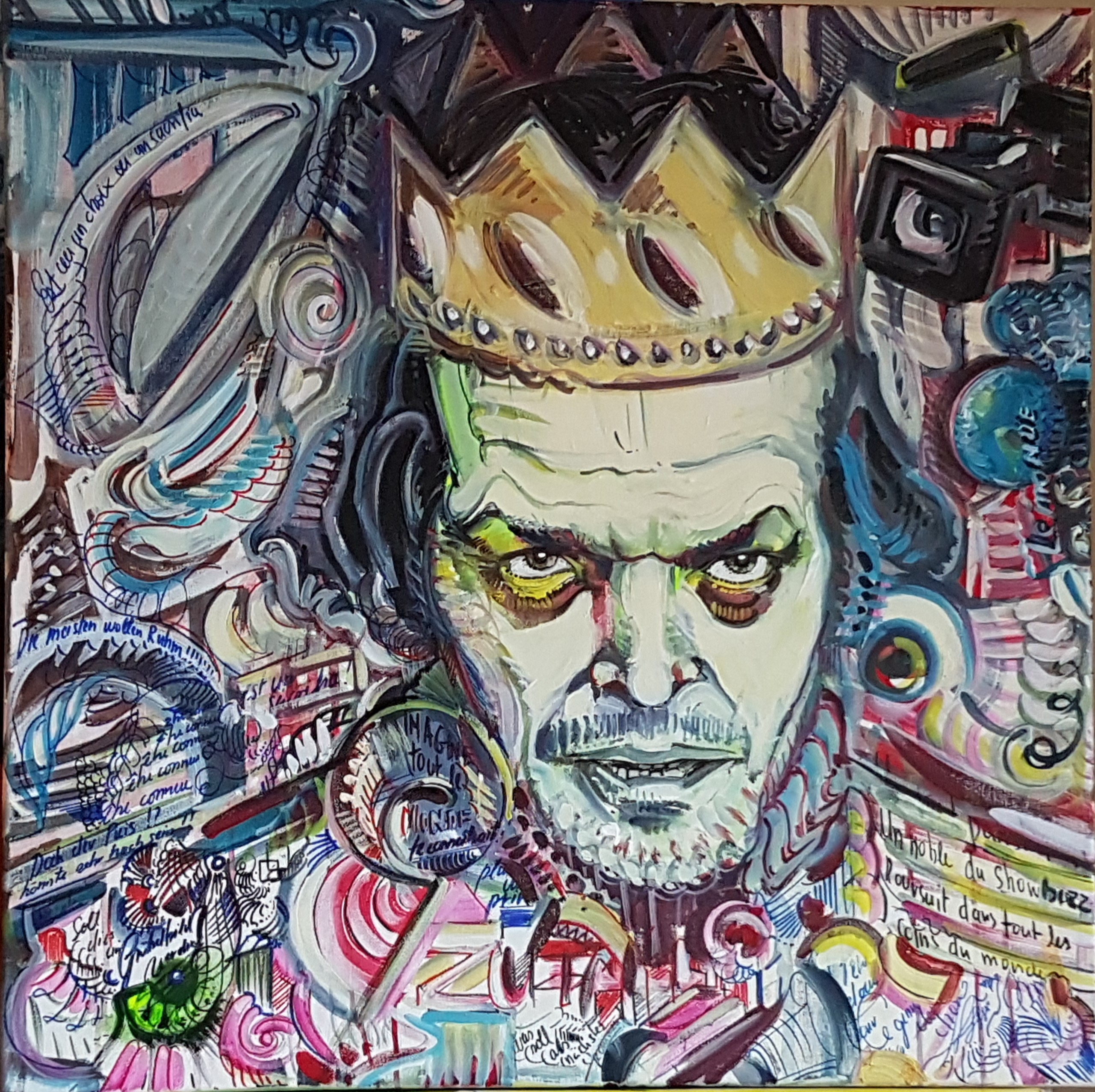