Chad Daly, young south african artist, lives and works in Orange County, California. His unique art uses a material that is commonly present in our everyday life but quite unheard of as an artistic medium : banknotes.

He was , like every artist, spending money on materials to perform his art, but came to think that he would rather take the material he was spending with and turn it into something more valuable by creating with it, displaying and selling it. Already passionate about money, its fluxes, exchanges and the sheer esthetics of a bill he decided to go all out on this idea by directly creating art with currency. Somewhere between sculpture and origami, his art features skulls, animals, geometrical shapes depending on the series and themes he chooses. 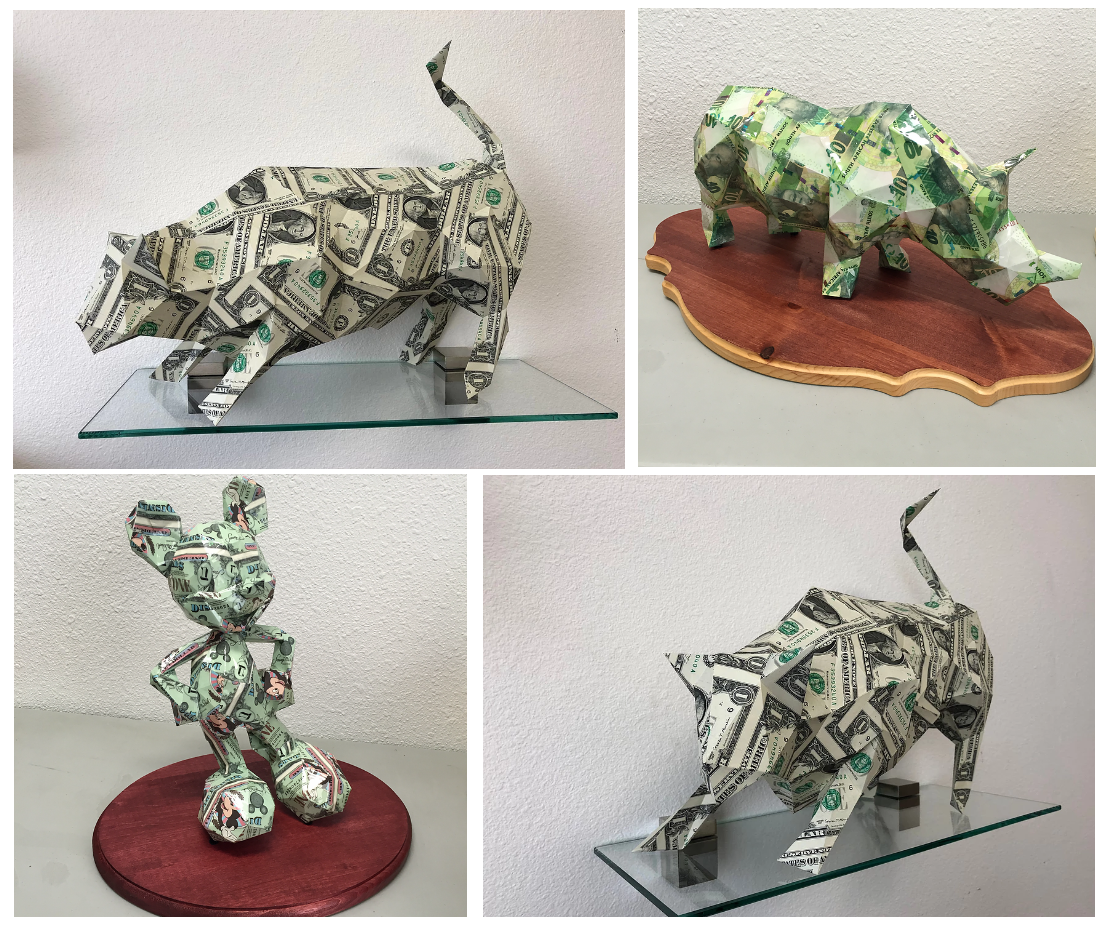 The idea of art becoming more and more monetized is everywhere, ironically so,  like a watermark on a bill. This process, even though it may raise a smile is deeper than it seems. Because there is a story, a journey – perharps a complicated one – behind each bill ; money can sometimes be regarded as a necessary evil since it shapes as well as it enables everything.

Each cultures and their currencies have their own special relationship with one another. Banknotes from around the world with the faces, symbols and quotes they are carrying with them transmit their country’s heritage to their users. Being a collector and an educated enthusiast Chad Daly is fully aware of this symbolic and historic value while sculpting. Several small skulls have been created with currency from Zimbabwe or the Weimar Republic.

The method is subtle and precise, using a computer to design his pieces and a second software to deconstruct them and generate flat patterns. The bills are neither applied to any solid form nor are they reinforced in any way, this conforts the symbolic impact of these hollow and fragile creations built out of monetary power.

Chad Daly is still currently collecting new bills with which he keeps creating, always in reaction to the world’s history. One of his latest sculptures features an object that will be at the center of all attentions in the next few weeks : the World Cup trophy.